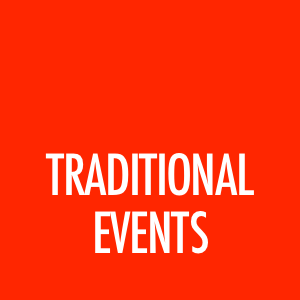 If for something is famous Spain, among many things, it is for its festivals. Each of them have a long tradition and history.

The wonderful Iberian Peninsula has a fascinating cultural tradition, full of music and joy that makes that each región, each province and even every small town has a mythical festival par excellence.

We invite you to sabor with us, each of them on a tour of tones, sounds and colors.

La Tomatina Buñol
Declared since 2002, Festival of International Tourist Interest, coincides with celebrations of the city's patrón, held the last Wednesday of August for over 60 years in Bunol, Valencia. Thousands of people are throwing among them, more than a hundred tons of tomatoes in a funny "battle".
The story says that everything began last Wednesday of August 1945 and its origin is due to a joke.
A man was in the town square singing and playing music, when a group of young people who heard him began to throw tomatoes taken from a fruit and vegetables market from the square, because the man was singing very badly. Everyone who had decided to join the square ended in a battle of tomatoes.

April Fair in Seville
The origins of the April Fair date back to 1846, when councilors José María Ibarra and Narciso Bonaplata had the idea of holding an annual fair of three days, to be held in April with a commercial character for purchase and sale cattle. Following the approval of Queen Elizabeth II, on April 18, 1847, in the Prado of San Sebastián, it was inaugurated the first Fair. They came close to twenty five thousand visitors.
Over the years, the fair became one of the most important festivals of the city and changed its commercial character by the social party. It has been interrupted only two years during the Civil War in 1973 when it was necessary to move it to its present location due to the high number of visitors. The party starts on Monday at twelve o'clock and officially ends on Sunday at twelve o'clock with a fireworks display on the banks of the Guadalquivir River.

Carnival of Tenerife in Santa Cruz de Tenerife
It is considered by many as the world's second largest carnaval and was declared on January 18, 1980 as Festival of International Tourist Interest.The Carnival represents an appointment with the rhythm, color and, ultimately, the unique flavor of a party, that is born in the heart of Santa Cruz de Tenerife and everyone amazed is exported, is a succession of shows which are held one after another.

San Fermin in Pamplona
From 6 to 14 July we invite you in the city Pamplona which is transformed into an explosion of life, joy, music and non-stop party.
The Festival of San Fermin, popularly known as sanfermines, is a celebration in honor of San Fermin, a Christian missionary, first bishop of Amiens, whose church ordered to build.