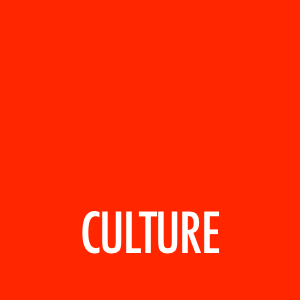 Well known for music and flamenco dance, bullfights, fantastic beaches and a lot of sunshine, Spain has much more to offer. It is and has been for thousands of years, one of the cultural centers of Europe.

With extraordinary artistic heritage and a rich historical and cultural heritage, ranging from prehistoric times, Spain is a mosaic of heterogeneous, ancient and modern, cultured and popular, plural and diverse cultures. The heritage dazzles and life force of its people fascinating.

The Spanish culture is rich and covers all forms of expression. From literature to painting, music to architecture, the theater to sumptuary arts. In all of them, one way or another historical moment, the Spanish culture has reached the highest artistic heights. Since ancient times, with remarkable examples of rock art, until today, in which Spanish architecture is in the global vanguard, culture and art in Spain have occupied an important place.

We invite you to discover the fascinating Iberian Peninsula that offers the alternative to sun and beach culture, which dazzles with its wealth and quality of its museums, monuments, festivals and traditions, exhibitions and various cultural events.
Spain is one of the richest countries in the world in terms of monumental heritage, the second largest number of statements Unesco World Heritage, with more tan twenty thousand monuments of great value.

We will accompany you to experience first hand, the cultural paradise that is Spain, and visit some of the best museums in the world in which coexist classical and contemporary art: Prado Museum, Thyssen Bornemisza Museum, Picasso Museum, Teatro-Museo Dalí , Museu d'Art Contemporani, La Casa Encendida, Institut Valencia d'Art Modern, Guggenheim, Reina Sofía Art Center.
Art is one of the most valuable treasures of Spain noted for his paintings and sculptures unsurpassed. Famous sculptors such as Benlliure, Vasco de la Zarza, Juan Bautista Monegro, Alonso Berruguete have left their footprints dotted here and decorate the territory.

The invitation to the world of colors becomes irresistible when it comes to meet the artists who have left an impressive legacy in the world of art. Masterpieces by Diego Velázquez, Francisco de Goya, Salvador Dali, Pablo Picasso, El Greco, José de Ribera, Joaquin Sorolla, Bartolome Esteban Murillo, Joan Miró are making mourn of emotion at the sight.

Continuing the journey, the endless surprises continues and leave us again surprised by the architecture that stands out for its diversity and concentrates the essence of Spain.
The Great Mosque of Cordoba, impressive example of the eighth century, the third mosque in the world and the Alhambra in Granada, the best preserved and oldest of all Arab palaces left in the world, are living legacies of the Muslim era that have managed to impact their visitors for decades.

Sagrada Familia in Barcelona, giant Basilica, famous work of Antonio Gaudi, exponent of modernist architecture, is a lush temple laden with religious symbolism.
Theater and Spanish cinema, a reference in Europe, highlighting for the Theatre Festivals of Mérida, Sagunto and Almagro and the Film Festival San Sebastian and Valladolid, will make you participant to the traditions and customs of the Spaniards, wonderful people that are waiting their visitors with open arms.